Tour Down Under
Sale

In 2018 we debuted our Grandi Campioni Collection, which honors World Champions Fausto Coppi, Eddy Merckx, and Stephen Roche with limited-edition cycling kits inspired by their world’s victories. At the 2018 Rouleur Classic we presented the collection with new designs dedicated to two incredible riders; Jan Janssen, whose 1964 win in Sallanches was a testament to the twenty-four-year-old Dutchman’s confidence and sharp mind, and Beryl Burton, arguably Britain’s most-accomplished cyclist.

Beryl Burton, Dame of the Order of the British Empire, in 1960 led the 1960 Leipzig world’s pack for the first half of the race fighting against aggressive Soviet competition racing behind the intimidating Iron Curtain. She then broke away with Elsy Jacobs of Luxembourg. Jacobs couldn’t hold the Briton’s pace, so Burton spent the final 35 kilometers off the front alone. She crossed the finish line with a three-minute margin over a chasing pack of thirteen riders. The accomplishment is especially remarkable because Burton won the individual track pursuit World Championships earlier that week, delivering the most elusive prize in cycling; a same-year track/road Worlds double Championship. Although she chose to remain an amateur, Burton is one of the most decorated cyclists in history. She earned 72 national individual time trial titles at multiple distances and set records that stood for decades. She also won 24 national titles in road and track racing, five pursuit track World Championships, and road worlds a second time in 1967. The Beryl Burton Grandi Campioni kit features the colors of the British national flag, a printed label with her story, and an image of the Licorice Allsorts she was famous for handing out to aggrieved competitors. .

In 1964, when 24-year-old bespectacled Dutchman Jan Janssen crossed the finish line at the UCI World Road Championships in Sallanches, his win all the more remarkable for who he had just beaten, and how he did it considering how young he was. Janssen was already having a prolific season; he won Paris-Nice as well as two impressive stage wins and the green jersey at the Tour de France. With four laps remaining of the 290km Sallanches road world’s course, a bunch containing Janssen bridged a gap to a dangerous early break-away group. In a frantic final lap, Raymond Poulidor made a decisive move. Janssen bridged, followed by Briton Tom Simpson and Italian Vittorio Adorni. Simpson fell off the pace over the last decisive climb, leaving a three-up sprint for the win. Adorni, the strongest sprinter of the group, was the man to watch. When it became clear to Janssen that Poulidor and Adorni were working together, he surged past Adorni with 400 meters to go and held both men off for the victory, showing the whole world just how the confidence of youth looks. The Jan Janssen Grandi Campioni kit features Dutch Orange, a printed label with this story, and a graphic of his iconic spectacles. 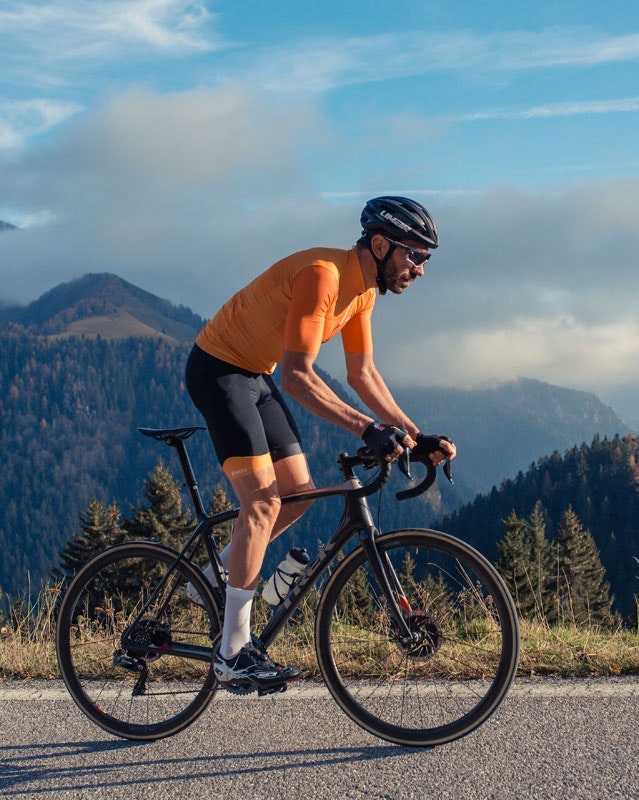 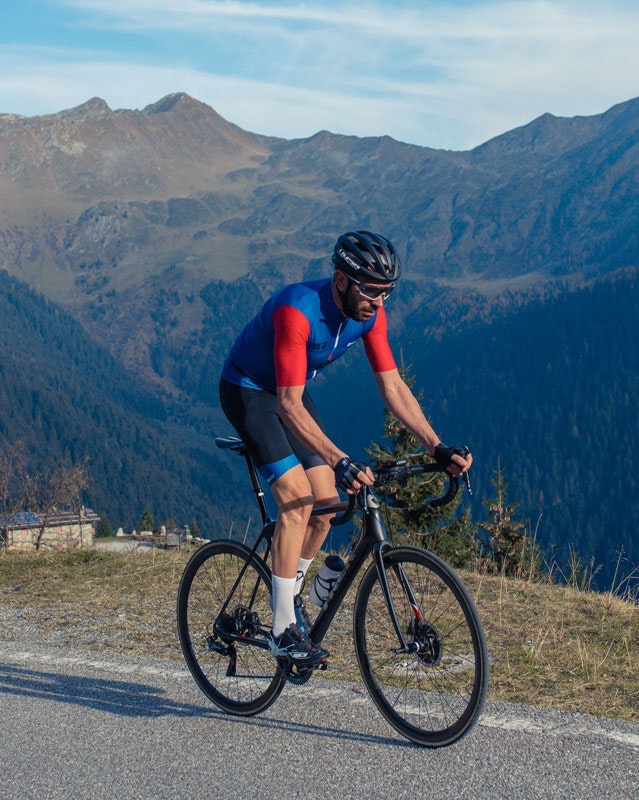 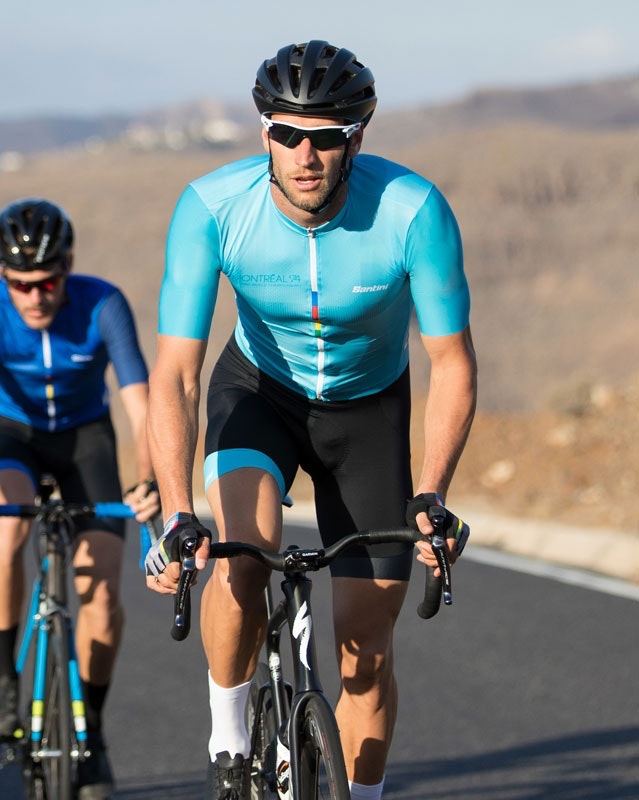 Immortalising Eddy Merckx's stunning world championship victory in 1974. The ferocious attack on the penultimate lap set him up to become the first rider to win two grand tours and the worlds in the same year. This specially designed jersey provides maximum comfort. Includes both a rainbow stripes zip and a printed label on the back pocket. Made of lightweight Kenobi fabric on the front, it has the back made in Shantung fabric and sleeves in raw cut Bodyfit.

Designed with comfort and style in mind. Inspired by Stephen Roches victory in the 1987 world championships. Jersey includes a specially designed rainbow stripes zip. Printed label stitched onto the back pocket explains how Roche won the race after attacking hard on the last lap and sprinting for victory from a select group in the closing 300 metres. Made of lightweight Kenobi fabric on the front, it has the back made in Shantung fabric and sleeves in raw cut Bodyfit.

A special edition jersey dedicated to Fausto Coppi's victory in 1953. Comfortable as well as stylish, it includes a sleek rainbow stripes zip. Plus a printed label detailing the story behind this edition of the race where Coppi broke away with 90km remaining to win by over 6 minutes. Made of lightweight Kenobi fabric on the front, it has the back made in Shantung fabric and sleeves in raw cut Bodyfit. 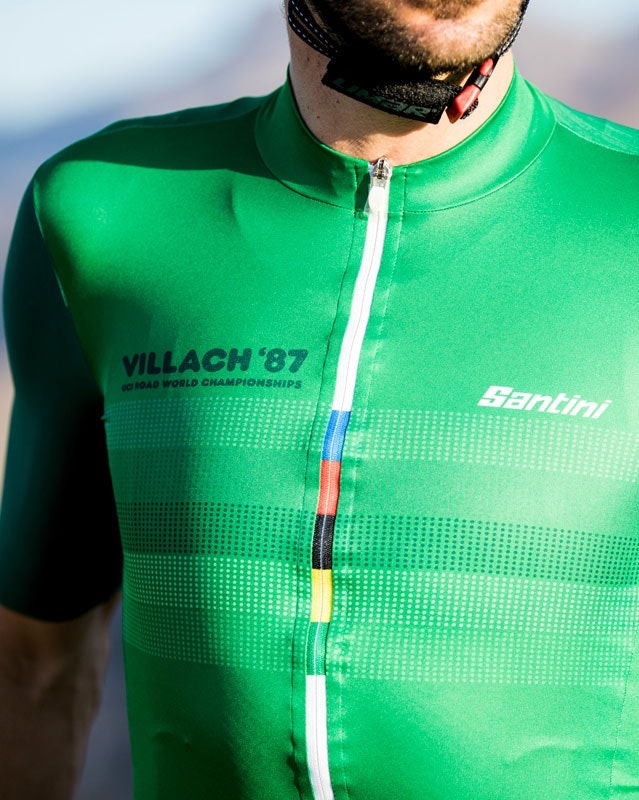 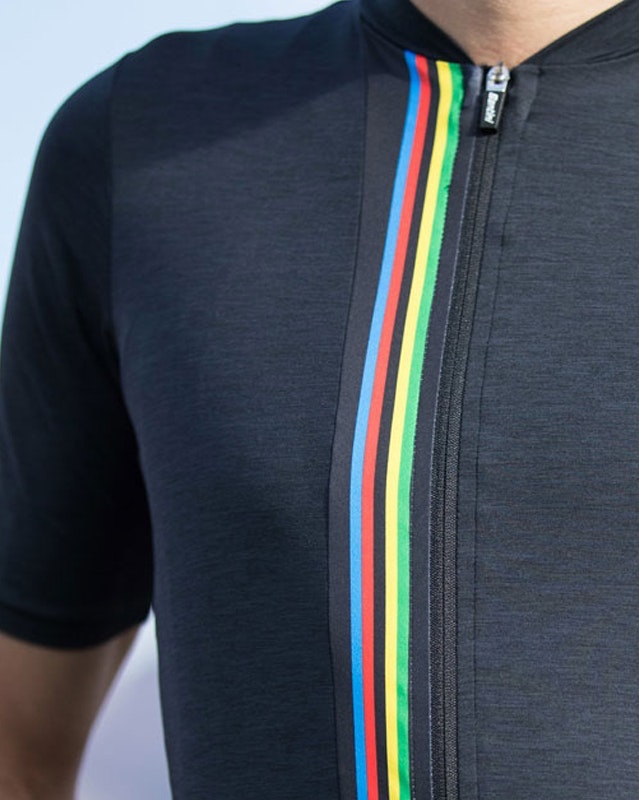 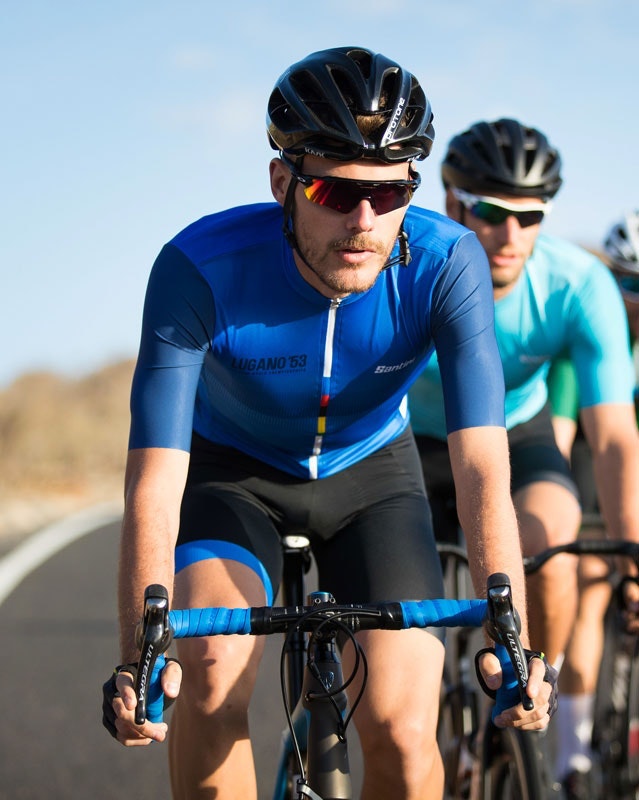